March back to the Army

An Album of Military activity in the Harbour, Harwich during World War One. 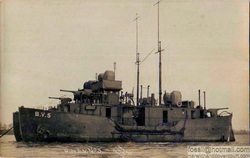 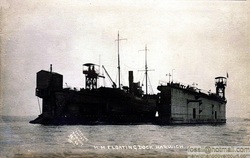 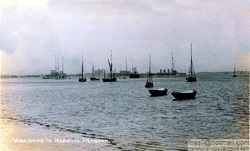 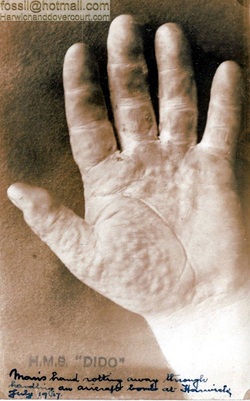 A sailor's hand from HMS Dido, after handling aircraft explosives in Harwich 1917. 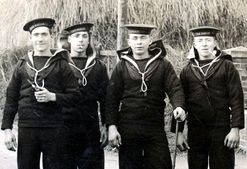 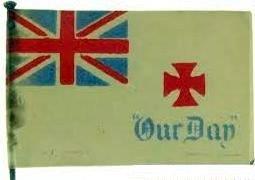 ​Red Cross Flag Day aboard the HMS Canterbury (of the Harwich Force) at Parkeston Quay in 1917. 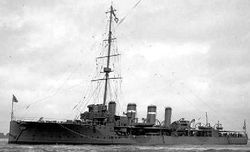 The Crew of HMS Blanche at Michaelstow Hall, near Ramsey. 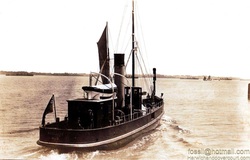 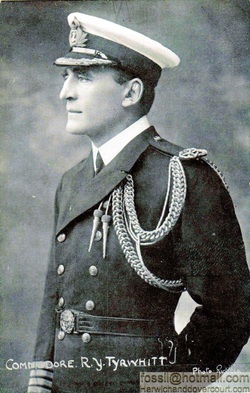 Admiral of the Fleet Sir Reginald Yorke Tyrwhitt, 1st Baronet, GCB, DSO (10 May 1870 – 30 May 1951) was a Royal Navy officer. During the First World War he served as commander of the Harwich Force. He led a supporting naval force of 31 destroyers and two cruisers at the Battle of Heligoland Bight in August 1914 in which action the 1st Battlecruiser Squadron under Sir David Beatty sunk three German cruisers and one German destroyer with minimal loss of allied warships. Tyrwhitt also led the British naval forces during the Cuxhaven Raid in December 1914 when British sea-planes destroyed German Zeppelin airships and at the Battle of Dogger Bank in January 1915 in which action Tyrwhitt again supported Beatty's powerful battlecruiser squadron. 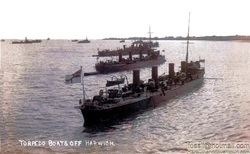 Torpedo Boats Off Harwich.
Known as "The Devils of the Ocean" by the German's" 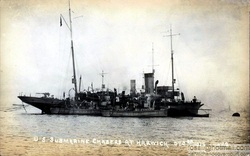 On Board H.M. Shipping