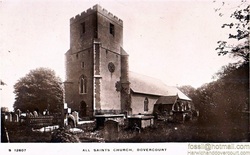 Parish Church of All Saints

The church stands on the West side of the parish. The walls are of septariarubble with dressings of limestone; the roofs are tiled. The Nave was built in the 12th century. Early in the 14th century the Chancel was rebuilt and a porch was probably added during the same period. About 1400 the West Tower was added. The chancel-arch was replaced in timber c. 1615. The church has been restored in modern times, the chancel partly rebuilt, the top stage of the tower rebuilt, the North Vestry added and the South Porch rebuilt.
The  church with two blocked Norman arches surviving in the nave. Most of the windows, the traceried font (once used as a cattle trough), and the doorway are 14th century,while the lower stages of the tower were built at the time
of Agincourt.

The church has a curiously interesting memorial, for the window in the tower with our Lord and the Centurion was given to it by the last German Kaiser in memory of many German soldiers who perished like ours
in the ill fated Walcheren expedition of 1810.

There is a 15th century brass of a man in a fur trimmed gown, a poor-box made  while men were still talking of the Armada, a floral cross on a 13th century coffin lid, and a great rood-beam on which stood a crucifix of which a very
queer tale is told. This idol which stood in the doorway is said to have had such power that the church door could not be closed and stood open day and night. When one night it was stolen and burned by three men, the fire is
reputed to have lit up the night sky for one of the ten miles of their way home. Within 6 months, all three men were hanged in chains. (see below).
John Howard, the first Duke of Norfolk

As Admiral of the northern seas, John Howard was commissioned by Edward IV to fit out ships and build up the English navy in Harwich. From the Duke's records he discovered the shrine in the Dovercourt Church brought pilgrims flocking in the 15th century. "The shrine included a great wooden crucifix, which stood on top of the rood screen in the church. It acquired a miraculous reputation and was said to have spoken on some occasions. "Howard's accounts record his own donations to the shrine, including clothing in 1482 used to dress the image of Christ on the rood."
During his investigations he discovered that the pilgrimages came to an end on a frosty night in February 1532. He said: "Three young men from Dedham and one from East Bergholt, possibly martyrs for the protestant cause, took down the Holy Rood and burnt it." In John Foxe's Book of Martyrs, it mentions that the men were intrigued by its miraculous reputation and wanted to see whether it could defend itself. Three of the men were later hanged - one in Dovercourt, one in Dedham and one in Cattawade. 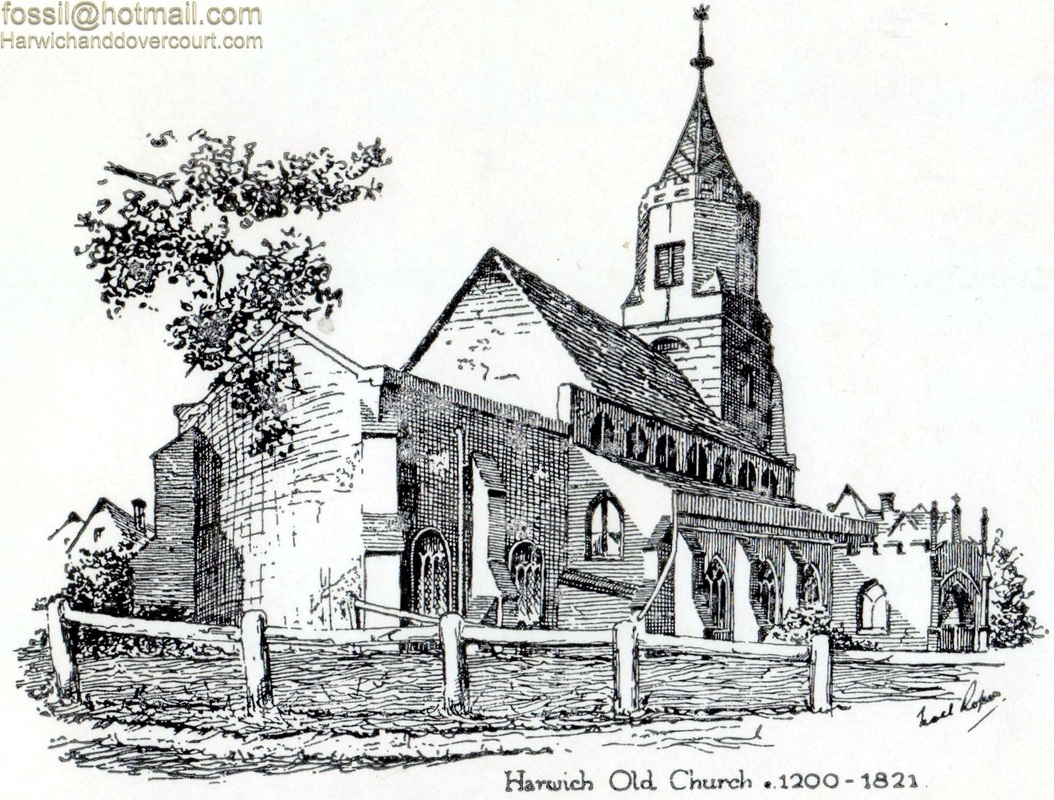 An early 16th Century map of Harwich with Landguard Fortifications. 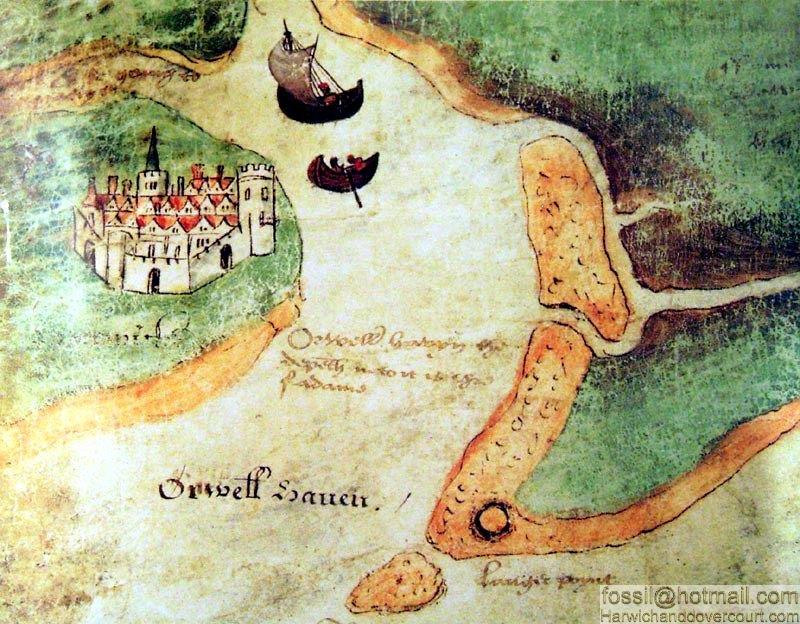